Before I started actually making cards, I would become entranced by envelopes with liners. I thought they were such a fun extension of a card’s personality, and I knew if I ever got into card making, I would absolutely use them with my designs.

An Introduction to Envelopes & Liners

To make an envelope with a custom liner, you’re going to need to following items:

The most important thing to start your process of using Envelopes and Envelope Liners is to 1) find a company that makes an envelope liner template, and 2) love the design of envelopes that company makes, and in that order as well.

For me, I have always loved Paper Source Envelopes and their Envelope Liner Template Kit. I love that they have triangular-flaps, and not the flat-edged flap that so many other companies make (nothing against them, just my personal style!).

My go-to adhesive has always been the Therm-o-web Tape Runner XL. I love that I’m able to keep the pink dispenser while changing the tape cartridge to reduce on cost and waste. Also, I’ve found that I can buy the refill packs in bulk (typically in packs of 12) at a really hefty discount.

Now, you can get really crafty with your paper size for the envelope liner, and I’ll talk about that later. Depending on the card size you’re making will determine how large your paper will need to be. I highly advise that beginners get a piece of that will fit their liner entirely.

Finally, a good pair of cutting shears and a pencil

How To Make Line Your Envelope

I’ve previously blogged about how you can make your own envelope liner without a template. For a step by step process with pictures, go here.

Now, before you get tracing, cutting and adhering, I think the selecting step is the most important. While you could pick either your envelope or liner first, I usually tend to pick the envelope first most of the time. For me, I always want to make sure my envelope color coordinates well with my card. I then pick a paper for my liner that ties in with BOTH my card and envelope color.

Important Note: Positioning the paper may play a bigger role than you think. You can make a paper’s pattern go in whatever direction you’d like (turn a paper with horizontal stripes into diagonal stripes). Also, sometimes a piece of paper doesn’t have a repeating pattern, so make sure you’ve positioned the template to show the part of the paper you want!

I always trace my liner template in a light pencil. If you don’t care which part of the paper you want to use, take advantage of any flat edges. I usually line the bottom corner of my liner with the bottom corner of a sheet of paper. This typically allows me to get a clean 90 degree angle without having to cut extra lines!

Use a sharp pair of cutting shears to cut out the liner along the traced line. Try to stay as close to the traced line as possible for a clean looking template.

Note: A while back, I thought “You know what, I’m going to just place my template and use a sharp craft knife to cut around the liner! It’ll be quick and give me the same result!”. Do not do this. I’ve actually ended up cutting into my templates, which have caused irregularities by doing this. I ended up buying a new set of templates because I was getting so irritated by the irregularities. Your templates should absolutely last for a very long time, if not forever, if you use the trace and shear-cutting method.

After you cut out your liner, place it to the side, and grab your envelope & double-sided adhesive of choice.

Now, I usually make a triangle with my adhesive around the flap part. Because your liner should just about meet the portion of the flap with the dried envelope glue (you know, the nasty part you have to lick), use the adhesive as a guide as to where you put the liner’s double sided adhesive. I recommend getting as close to the dried glue you can get without the adhesive showing. This will do 2 things. 1) It will help keep the edges of your liner flat against the envelope/prevent any edge-lift and 2) it won’t stick to your card when shut.

I also do a quick little line of adhesive on the inside portion of the envelope, about an inch below the flap crease.

What’s really interesting about envelope liners is that there is a large portion that may sometimes sit inside your envelope, and will never be seen. You don’ really have to worry about what that portion looks like. But I like to use that extra quick line of adhesive to prevent the lower portion of the liner from moving around and showing imperfections.

Finally, I take my liner and gently begin to insert it into my envelope. If you’re using a template like mine that allows for a flat bottom edge, carefully lower that liner until it meets the bottom of your envelope. Be very careful to not let the liner get stuck on any adhesive until it’s positioned how you’d like. If it gets stuck to adhesive before in the proper position, it make crease, curl, or tear when trying to remove (you’ve already gotten this far, it would stink to have to start over!).

In the event that you’d like the liner moved, do not do the “press down” step, and instead try to lightly remove the liner from the envelope. This is risky, as depending on the type of paper and how much it has adhered to the envelope, you could possibly cause damage to the liner and/or envelope. So please proceed with caution.

Once you’ve pressed down your liner in your ideal placement, your envelope is now successfully lined!!

Giving Out Your Card in its Envelope and Liner

Unfortunately, licking your card shut isn’t the best way to allow your recipient to really be wow-ed by your envelope. Almost every time someone receives an envelope that’s been licked shut, the just rip it open wherever they can, which most likely means all your liner effort has been appreciated by nobody but you (which sometimes is ok, but not all the time).

Now, there are a couple ways to make sure someone sees that beautiful liner!

Seal your envelope with a sticker/multiple stickers

Most times, stickers don’t have a permanent adhesive and are a low-to-medium tack level. So instead of licking your envelope shut, you can find a large sticker, or 2+ small to medium sized stickers to help keep your envelope shut. I always advise to place one sticker at the center of your flap, and then, if required, place 2 more on (one on each side) of the envelope flap.

While you may not be entirely comfortable sending an envelope like this in the mail, I’ve done it several times and haven’t had a complaint yet.

Seal your envelope with washi tape

I would say this probably has a similar success to the sticker method. Just make sure that your washi has a good enough tack that it will hold the envelope shut until needing to be opened. I’ve bought a handful of washi tape that don’t stick well at all, and would cause that flap to open right up.

Only seal the center tip of the flap

This will give your recipient’s fingers or letter opener some nice space to get into the envelope and open it without doing much damage. This is probably the most damage-inducing method listed (there has to be some sort of tear going on), but it’s also most likely the most secure method as well. You could also pair this method with either some washi or stickers too for some extra glitz!

Don’t seal it at all

This is by far the least damage-inducing method, but also the least secure. You will be guaranteed that this method will allow your recipient to fully appreciate that beautiful liner. But there is no way this would work sending the card through the mail. Now, if you wanted to put the envelope inside another sort of envelope, and then mail it, I guess that would work, but almost defeats the purpose of the lined envelope entirely.

This method would be ideal for putting your card in a gift bag or taping it to a wrapped gift. It would also be great for just physically handing to another person in a low-traffic/casual setting. Let me explain that a little more. It would be great if you were going to visit a single friend/small group where your card will be placed somewhere safe and not interfere with other gifts. But this method would be ill-advised for a party, wedding, or other similar event where your card will be placed with several other cards and gifts. You don’t want your card to come out of its envelope and be misplaced.

Other Ways to Jazz Up Your Envelope and Liner

You know when you were in school, and your teacher had “Extra Credit” opportunities? That’s kinda how I view adding more detail to your envelopes after inserting your liner. While it’s not necessary, it’s a sure fire way to bring up that “wow” factor!

I’m going to include a few examples and ideas, but there are so many more. Be sure to check out other blog posts for more fun ways to amp up your envelopes and liners!

Use detail stamps on the outside of the envelope

You know how when you get most stamp sets, there will be small stamps included that act as more of an accent stamp rather than the featured stamp? I call these detail stamps. And they work perfectly to add to your envelope. They of course will coordinate with your card, as they’re from the same stamp set. I also think they give the recipient a little hint as to what’s to come when they open it. It’s not a necessity, but it really ups your card’s personality!

There are so many fun return address stamps out there, and it’s a great one-time investment (so long as you don’t move) to really make your envelopes pop. You may need to buy a re-inker or new pad eventually, but my pads have lasted a few years with no replacement required!

Pros for Return Address Stamps: They are reusable and the ink lasts a long time.

Cons for Return Address Stamps: They can sometimes be a larger upfront cost, and there is room for error with the stamp (the stamp may not ink entirely and may smudge)

Pros for Return Address Stickers: There is no-room for error, you just stick them in the right spot and you’re done! You also can get a lot of stickers for a few bucks (I’ve gotten 140 for $5 before!). They are also fantastic for specific events and seasonal purposes!

Cons for Return Address Stickers: These are not reusable and eco-friendly. Depending on how much you’re mailing, these could potentially end up costing you more than a stamp.

I use a combination of both!

3 thoughts on “Envelopes and Envelope Liners 101”

This blog uses affiliate links whenever possible. This means, that at no cost to you, if you make a purchase through one of my affiliate links that I receive a small commission from your purchase. Please know that I only will link products that I own and love, and think that you’ll love too! 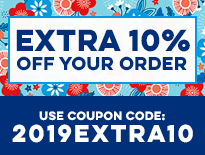